Faraja Primary School is committed to improving the health, strength, and mobility of all students. Modern medical care, funded by generous donors, has produced miraculous improvement for our students in both body and spirit. As seen in the enthusiastic play on our soccer field or playground, hope is alive here at Faraja. 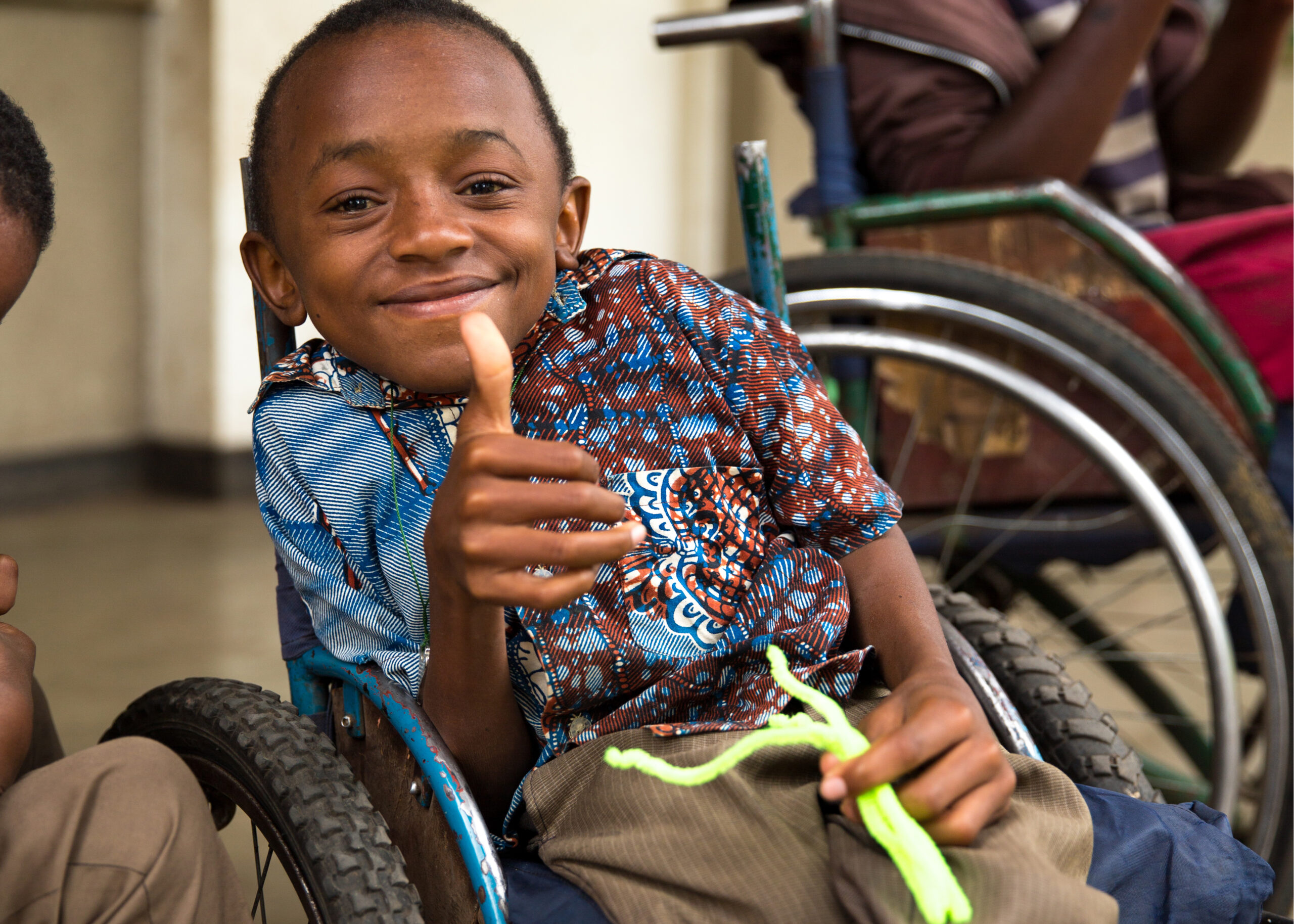 Erick Bilasi Mose is from Kibosho-Onana in Moshi rural in Kilimanjaro region. He is 18 years old and in Class 4.

When Erick was 2 years old, he fell from a tree. The accident left him with cerebral palsy and hydrocephalus. When he came to Faraja he couldn’t walk and used a wheelchair.

After arriving at Faraja, Erick had surgery at KCMC hospital where a shunt was placed in his head to drain excess cerebrospinal fluid which led to the hydrocephalus.

He was given physiotherapy at Faraja that improved muscle strength in both his upper limbs and lower limbs, as well as his balance and walking ability.

Over time, he has had four additional surgeries for correction of his bilateral clubfoot. All the surgeries were successful! Following the surgeries, orthotic devices were used to maintain the correction.

Erick can now walk without any aid and independently handles his daily activities. It is inspiring to see Erick’s improvement and hope for the future!

Each student receives some form of physical or occupational therapy in order to strengthen their body and accommodate for their individual physical limitation. This support is provided by our full-time physical therapist.

Many Faraja students have received orthopedic surgeries which, in many cases, have enabled the student to eventually walk for the first time without the need for a wheelchair or crutches. Other students benefit from prostheses, braces, or other devices.

Our school has been blessed with help from a team of volunteers from the University of Maryland Dental School who visit our campus regularly to provide dental care and cleanings. These volunteers help keep our students’ smiles shining bright.

Thanks to you, students at Faraja are learning what it is like to walk, to play, to run. Donate today to continue providing these life-changing medical services to our students.

Donate
Page load link
This site uses cookies, as explained in our privacy policy. If you agree to our use of cookies, please close this message and continue to use this site. Accept & Close
Go to Top